GRIEF After the Wedding Vows 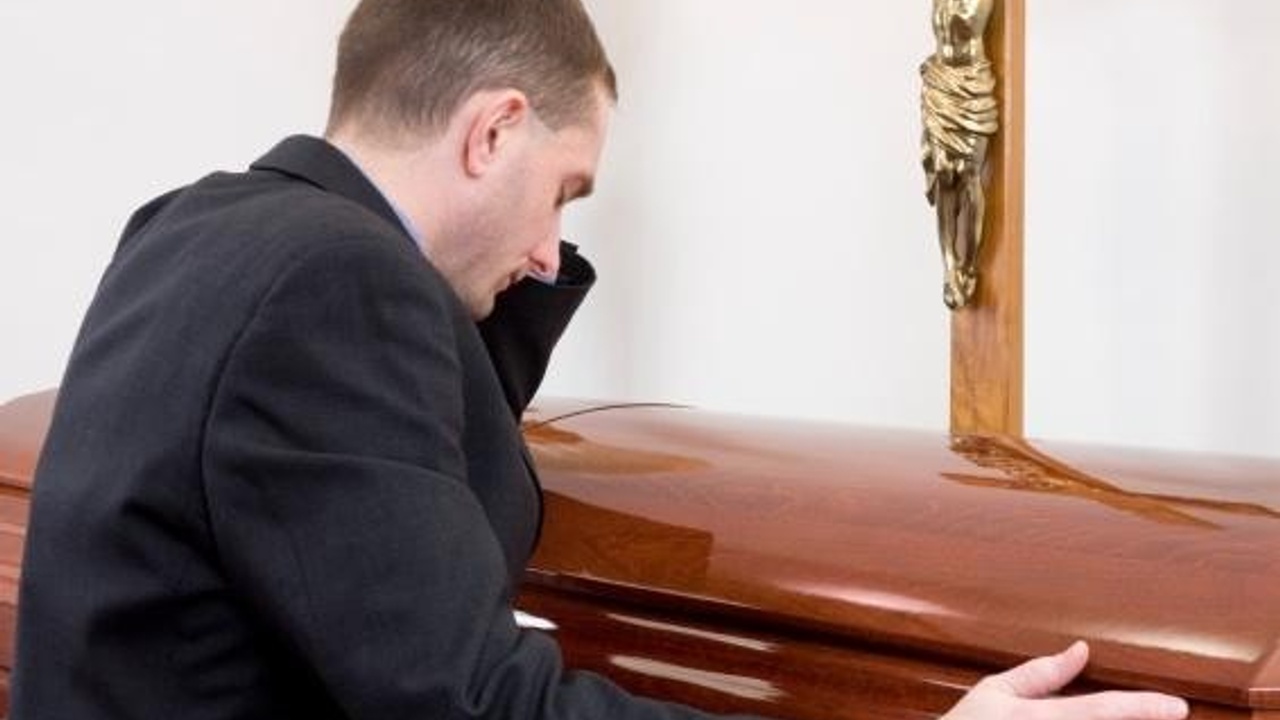 WHEN DEATH DOES US PART

“Till death do us part…” I repeated. Those words seemed to echo throughout the huge college chapel following my promise and then my bride’s commitment. The witnesses, family and friends, of our wedding stood by smiling. Our parents sat with proud looks on their faces. In all honestly, however, I only viewed those words as a symbol of commitment. I did not really think I would experience that part of those important words, let alone do it twice.

Ruth and I had never been happier than we were that delightful day in July.

Our wedding crowned three years of getting acquainted through writing letters and occasional long distance phone calls. Looking back, this strengthened our relationship because it forced both of us to express our hearts, feelings and beliefs on paper without the distraction of the physical area. That was great for my growth both emotionally with her and spiritually with the Lord.

The proof of the depth of our relationship revealed itself in the ensuing years of life. We were not only committed to each other but we understood each other. We did, indeed, marry our best friend. To keep our growth together on a “roll” we spent every one of our wedding anniversaries—alone—discussing the “state of our union.”

But the day would come when I dreaded our tradition. It was the summer following Ruth’s cancer diagnosis, surgeries, chemotherapy and our loss of “normal.” Those events proved to be the biggest challenge to our relationship to date. Up to this point our love had been a mutual give and receive. Now Ruth was so drained physically and emotionally that she literally had nothing left to give—either to me or our four young children. Thirty-three is a young age to be facing a life threatening disease.

I was preparing for my first experience teaching the book of I John at the school. Opening up 1 John 4:10-11, “Herein is love, not that we loved God, but that he loved us, and sent his Son to be the propitiation for our sins. Beloved, if God so loved us, we ought also to love one another” God spoke to my spirit, “See, I loved those who did not love back and I acted on their behalf. You are doing that for Ruth and it is okay!” I dropped to the floor sobbing.

Soon after, my dreaded “state of our union” meeting came. Sure enough, Ruth asked how I had been during the throes of the hardest days that winter. I hesitantly, yet openly shared with her how I had struggled and how God met me. She simply said, “I thought so. It’s okay.”

The following six years were filled with days and weeks of hope and disappointment. We faced treatments and then recurrences, over and over.

The most memorable time happened again during our “state of our union” talk that next July. Following a special day on the Eastern shore of Lake Michigan, we sat talking. During a warm embrace, Ruth softly said, “I have never felt so at one with you.”

Three short months later, I watched her take her last breath. I didn’t know a human could hurt so much. Within days I became aware of this hole in my soul that seemed permanent.

Losing a spouse has many aspects to it that are not always understood by many. Indeed, there is the death and physical loss of that person leaving a void in your life. Theirs is also a loss of intimacy in communication. I had no one to tell even small things to that Ruth would appreciate hearing. My biggest loss, however, was the loss of the relationship. It seemed that in addition to grief due to the death of a friend, I had lost the close relationship we had. Love songs were next to impossible for me to listen to.

A year later, God brought along a godly widow lady to the school where I was who absolutely swept me off my feet. What a beautiful lady!

The next year Judith and I found ourselves in a large church in Edmonton, Alberta, Canada with six sons on one side and two daughters and Judith’s sister on the other. Again, the room echoed our vows, “Till death do us part.”

These words had much deeper meaning to both of us. We had both experienced this hard truth to the fullest. However, even with that, we idealistically viewed the reality of it happening again as being a lifetime away.

Now, the process of blending eight teenagers became twice the task either of us had imagined. Yes, the volume was an issue. When you bring two families together they bring their baggage along. That meant twice as many problems. The growth and mistakes of our kids only drove us to the Lord and to each other. We learned early on to talk about everything, no matter how hard the subject. We reviewed the development of each of our kids every three to six months.

The joys and challenges we experienced in our successful blending of families from two different countries and cultures will have to be addressed at a different time. I need to fast forward sixteen years from Judith and my wedding.

Judith’s health began to be of concern. We spent five years chasing symptoms from doctor to doctor. We intentionally worked hard on her health, even though we did not know what we were fighting. Once again we faced this issue together.

She had to have an emergency surgery. During which the doctor called me in the waiting room. He said, “Mr. Knapp, I am sorry. I am seldom surprised … I found a very mean looking cancer tumor in Judith that came from somewhere else.” I immediately knew she was going to die. I sat down and sobbed uncontrollably for nearly an hour. That continued daily from that day in August ‘till Christmas day.

The next day a full body scan exposed cancerous spots on her lungs and a large, stage-four tumor on her pancreas. With that news Judith asked, “Does that mean I am going to die?” I teared up and nodded “yes” as I leaned over for a long sobbing embrace.

Judith and I talked about everything. This was no different. The next four days in the hospital were full of time we spent mourning her impending death together.

Gradually we communicated with our eight children and their families that they needed to do whatever it took to come see Mom/Grandma soon before pain medication made it hard for her to be alert. I watched, monitored and participated in each one’s mourning. Some of our grandchildren wept the deepest in my arms.

About a week before she left for heaven, I was talking to her quietly at her bedside and a tear trickled down the side of her face. Through her medicated fog she whispered, “I’m sorry I have to die.” Now the tears were running down my cheeks. I assured her it was okay and that I would be fine. I gave her permission to go on without me and that I would be along soon.

Early Sunday morning late in October, Judith leaped into the arms of Jesus.

I was alone again. The loneliness was deafening.

A classic question was posed to me by a pastor friend and his wife. How can we as a couple prepare for such a tragic event as one of us dying “before our time”?

First, be committed to developing the deepest, most open relationship possible. Keeping your emotional distance to possibly reduce unknown future pain is not a good idea.

Next, I would encourage you to have a policy of open communication, even when things are great. That way, it won’t be a new event to add to the struggle of tragedy. Also, it should be a given practice of walking with God closely when things are normal or “easy.” That way you won’t have to learn how to trust Him AND go through tough times at the same time.

Have conversations about “if I go first” at some time or another… better sooner than later. This could help your spouse greatly with hard decisions should you go to heaven first. Live each day with the appreciation for your spouse like you could lose them tomorrow. Keep all relationships current. To this day, I have no relationship regrets with either Ruth or Judith because we lived out our relationships with short, current accounts.

I also recommend couples be willing to take the message of 1 Corinthians 7:4 further than the bedroom. Help each other take care of their temple (physical body).

Finally, don’t be afraid to educate yourself about the grieving process. “Till death do us part” is no joke. It is for real and should be considered seriously.